In the extreme north of Los Glaciares National Park, on the foothill of the Mount Fitz Roy (3405 meters above sea level) and Mount Torre’s (3128 meters above sea level) massive granite rocks, you can find El Chalten, Argentina’s “youngest” village, founded in 1985. The Fitz Roy and Torre offer one of the toughest challenges for mountain climbers throughout the world. The first recorded ascent of Mount Fitz Roy was undertaken in 1952 by French alpinists Lionel Terray and Guido Magnone. The first proven successful ascent of Mount Torre was carried out in 1974, after many partial or controversial attempts since the 1950s. The climbing period is very restricted: from mid-February to mid-March.

Nowadays, El Chaltén offers many trekking trails, for all levels of hiking. Many are not particularly difficult and can be explored alone, and the more challenging ones require a certified mountain guide, to ensure absolute security. Surrounded by the mountains and forests, the visitor will be able to admire the unique animals that inhabit this area such as the very discreet “pudú”, the smallest deer in the world, which lives in dense groves and the “huemul”, an endangered deer that wanders among the woods. Bird watching is also a local highlight, given the abundance of condors, parrots and woodpeckers in one of the world’s southernmost areas.

Fitz Roy & Torre : the most difficult climbs in the world

The first successful ascent of Mount Fitz Roy was made on February 2, 1952 by the Frenchmen Lionel Terray and Guido Magnone, while that of Torre Mountain was made in 1959 by Cesare Maestri and Tony Egger. Today, this ascent is controversial… Cerro Torre is indeed a rocket-shaped Babel, its head lost three hundred days a year in the clouds, crowned by monstrous petals of ice and frost balanced on kilometers of abysses. It should be noted that the period of ascent is very limited since it extends from mid-February to mid-March.

From El Chalten, several trekking routes are possible. In general, the walks do not present any particular difficulty and are carried out in complete safety, accompanied or not by a mountain guide.

While crossing these mountains and forests, you will be able to admire a unique fauna, from the discreet pudu, the smallest deer in the world, which lives in the thickets, to the Huemul, a kind of large deer that passes through the woods. You will also be able to observe unusual birds, such as the magnificent condor, as well as numerous species of parakeets and green woodpeckers living in one of the most southern regions in the world.

Prepare your next trip to Argentina ! 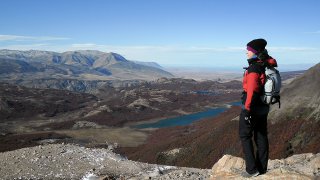 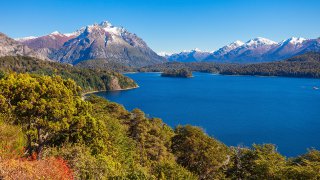 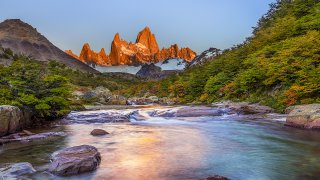 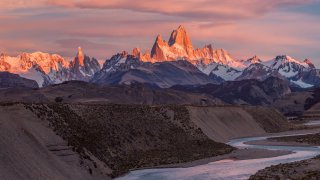 Antarctica Cruise aboard the World Explorer